06/11/10
Best I can remember, it was the winter of 1972-73, and I was fifteen years old. I’d played guitar for all of two years. As a leftie playing right-handed, I was, frankly, pretty horrible at it. Nevertheless, my life rotated around guitar, the radio, and records. Being something of a latchkey kid I’d spend hours alone listening and playing. One bleak winter day I walked uptown through the driving rain from my junior high school to pay a visit to Hewgley’s Music Store on Henley Street in Knoxville, TN, right between the Southern Railway and L&N Railway stations. Hewgley’s had recently become a Gibson dealer and I wanted to see the Gibsons. I went into the guitar room, grabbed something like an SG, and sat on an amp to try it out. After a while another guy came in, grabbed an ES335, and set up across the aisle to play. He was a little older than me and looked like a guitarist, if you know what I mean. He had the long hair and seemed completely at home with the guitar. After warming up, he looked over and said, “Hi, I’m Tony. Want to jam?” I said sure. I wasn’t capable of much more than chords so I followed the chord changes he called off and he began playing lead. His playing was amazing, better than anything I’d heard in those parts (even though Chet Atkins was from there). We jammed for thirty or forty minutes and then I had to leave to catch my bus back west to my home. I said goodbye, bundled up, and set off down Cumberland Avenue the mile or so to the bus stop, with the wind and rain blowing their way through the gaps in my clothes and freezing me.

Cumberland Avenue looking east - I was down near the underpass on the left when Tony stopped.

To my surprise, about fifteen minutes later an MG slurped to a halt on the wet road next to me. Tony peeked out and said, “Want a ride somewhere?" I said “Sure!” I dreamed of throwing the big $0.35 bus fare I saved into my guitar fund. We chatted all the way to my home about guitars and bands and stuff. I told him my electric guitar had an action high enough that it would make the strings literally cut into your fingers. It was a real cheese grater. When we got to my place he said, “Let me take a look at your guitar.” I took him into my bedroom and pulled out the monstrosity. It was a four-pickup THING that didn’t even have a brand name. He sat on my bed and taught me how to tweak the truss rod and bridge and use a pick to shim the bolt-on neck's angle to get an action that was more manageable. In fact, he made my guitar play really well. He then flipped off a few leads to try it out and proceeded to make that guitar sing like it never had (or probably ever would). Meanwhile, I began to ply him with questions that he tried to ignore:

“Is it someone local, like Rich Mountain Tower?” “Nah.”

“Is it someone on the radio?” “Yeah. But let’s not worry about that.”

My eyes lit up and I kicked into high gear.

“You don’t really have a song on the radio, do you?” “Ummm… Yeah.” He concentrated on the guitar and tried to ignore my questions.

“Alright, just who have you played with?” He stopped for a second, but still looked down at the guitar. “Uh... Paul Revere and the Raiders, the Carpenters, a few others.”

He stepped outside, pulled an artist’s portfolio from the trunk of the car, brought it back in, and emptied it onto my bed. It was full of albums, publicity photos, etc., all signed by the artists he had played for and was working with. Paul Revere and the Raiders, and the Carpenters, indeed. How about Bobby Sherman? And in the middle was a pic from Karen Carpenter signed, “Thanks for your work on Goodbye to Love.” Oh, boy. Yup, he was THAT guy. Tony Peluso. Between him and Richard Carpenter, in this one song they created the genre known as the "power ballad." People like that didn’t exist in my hometown. Apparently he was on vacation from a pretty blistering touring schedule. We talked for a while longer and he remained very nice and very unassuming. I saw him again once more a few days later, before he went back west and resumed his career of touring with the Carpenters. He kept at that for twelve years before going on to producing and engineering. I kept an eye on his career, seeing him credited on Mr. Mister’s eponymous album and projects by Smokey Robinson, Michael Jackson, The Temptations, The Four Tops, Kenny Loggins, Seals and Crofts, and Ricky Martin, among others. I went on to a much lower-profile career as a recording engineer and producer as well.

This morning when I got up, Yahoo Music News reported that he had died suddenly from heart disease.

Did I tell you that "Goodbye to Love" was one of the songs that got me into guitar soloing in the first place? To have met the guy who played the solos was amazing, and to have found him to be a remarkably pleasant person to boot was pretty cool. So, here’s to you, Tony. Thanks for being nice to a kid who was just getting started. 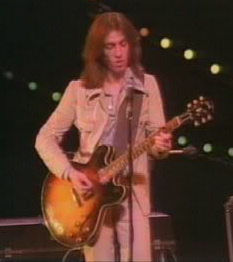 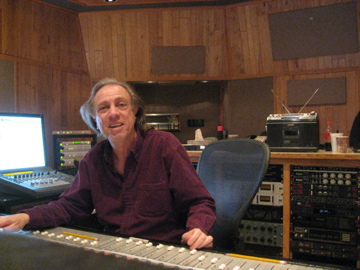